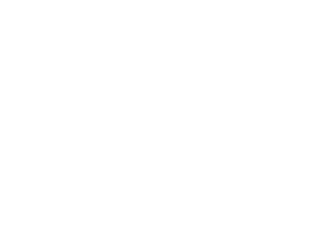 No module Published on Offcanvas position

Sister Teresa CSF (Nan Foster) died on 16th December at Albion Court Care Centre in Birmingham, where she had been resident since early 2012. She was 84 and had been Professed in CSF since 1967. Teresa had been living with Altzheimer’s dementia for some time, and recently had suffered several chest infections. Jannafer was with her when she died, and other sisters and friends had been with her during the previous few days.

Teresa’s funeral eucharist was on Friday 3rd January at 12.30pm at St Germain’s, Edgbaston, B16 9TD.

Sister Jenny Tee CSF (Jennifer Eileen Tee), was born on 9th March 1955 and died on 21st November 2013, aged 58. She had made her Profession in Vows almost 5 years ago. Jenny had been living very courageously with ovarian cancer for 3 years, and had undergone several rounds of surgery and chemotherapy. In between times there were significant periods when she felt well and was able to take her usual full part in the community’s life and ministry in Leicester, and more widely. However since August she had been ill fairly continuously, in and out of hospital, and being cared for at the hospice since mid-October. Jenny died very peacefully in the early evening at the Leicester hospice, with her mother, cousin, and several CSF sisters with her during her last hours. Jenny’s Family and her Sisters are very grateful for the loving support and prayers of many people at this sad time.

Her funeral was in Leicester on Friday 6th December at 12.15pm at The Church of the Resurrection, Weymouth Street/Harrison Road.

Joseph Emmanuel made his First Vows at Alnmouth Friary on Thursday 24th October.

Brother Andrew (Michael Francis Ince-Jones) born 31st March 1928 died 2nd August 2013, at the age of 85 years. He had been a professed brother in the SSF for 58 years, much of that time spent in Papua New Guinea. Andrew had become increasingly frail over the last few months and collapsed at the friary, Hilfield on 1st August and was taken into the Dorchester Hospital where he died the next day.

Simone made his profession in first vows in Brisbane on July 13.

Brother Ronald SSF (Wilfred Ronald Austin) passed away early this morning, Sunday 13th January. He died peacefully at about 3 a.m. in the nursing home in Scotland where he has lived the last few years. He was 100 years old and in the 71st year of his profession as a friar. The funeral for Brother Ronald will be held at S. Andrew's Episcopal Church, Ardrossan on Tuesday, January 22nd at 1.30 pm. After the Eucharist and Service in Church, there will be a committal at the Crematorium Dreghorn at 3pm. Refreshments will be served at Adelaid College after the Church service. Benedict will be going to conduct the service and David Jardine will preach. May he rest in peace and rise in glory.(Click the photo for a larger format version to download or view).